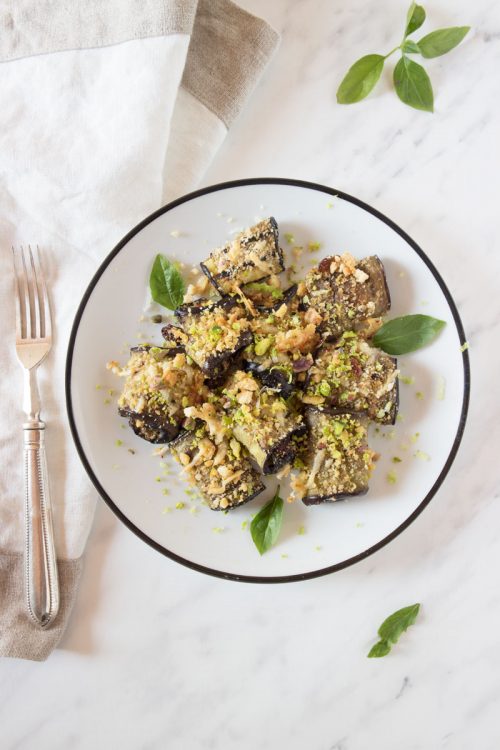 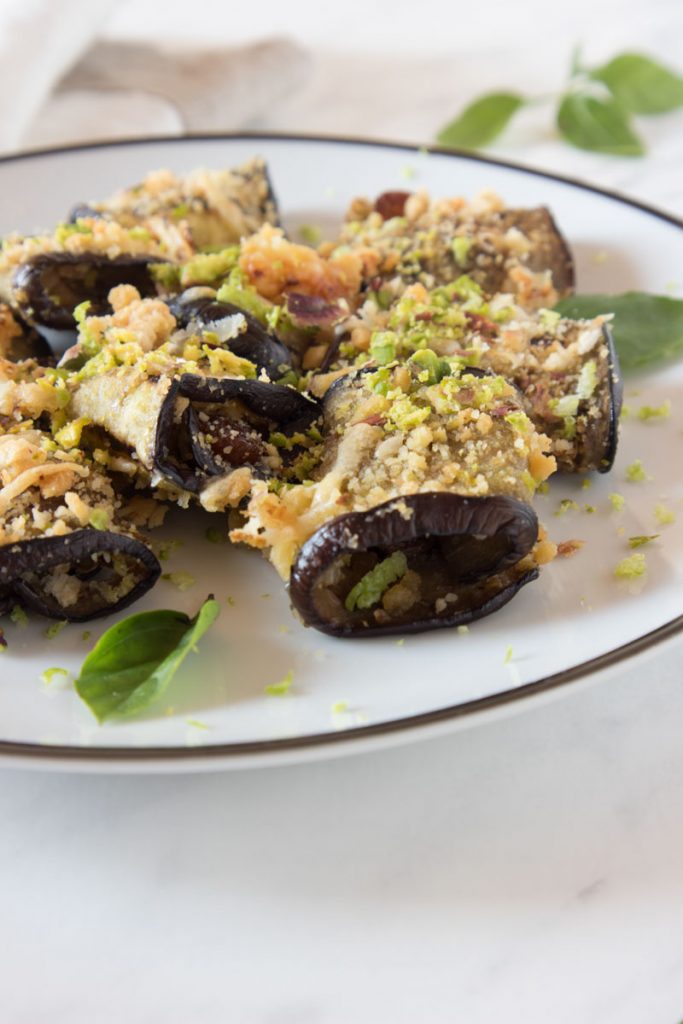 Eggplants. Brought to Europe by the Arabs, eggplants have crossed centuries and legends, to become a widespread ingredient in Mediterranean cuisine, above all in Venetian cuisine, where they found a place of honour thanks to the Jewish community.

Today we would like to propose a recipe by our Venetian friend and Gourmet Food Blogger, Naturally Epicurean:

But first of all let us give you some information on this wonderful delicious product. 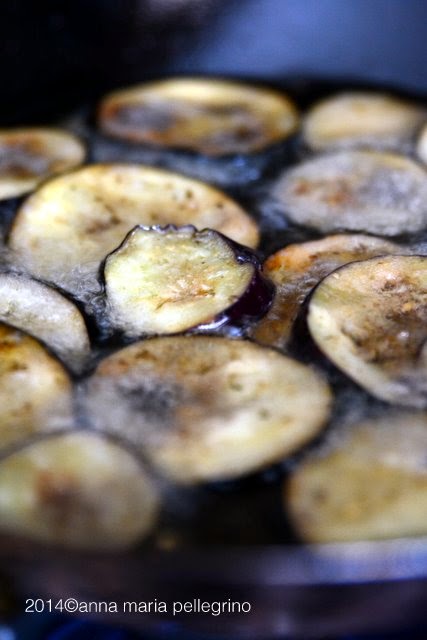 What is an Eggplant or Aubergine

The Eggplant or Aubergine, whose scientific name is Solanum Melongena, is a fleshy berry with a whitish and spongy pulp, often with a bitter and pungent flavor. Within the pulp of this fresh vegetable there are more or less numerous crushed seeds, white, amber or yellow in color.

The eggplant plant belongs to the Solanaceae family, which also includes other fruit and vegetables such as potatoes, peppers and tomatoes.

The Eggplant is a typically Mediterranean vegetable, as it is a product that, to grow and develop, needs a mild climate.

The best season which offers a fruitful production of aubergines is the summer: more precisely, this fresh product can be found in the months from June to September; August is the best month for harvesting and eating fresh eggplants. 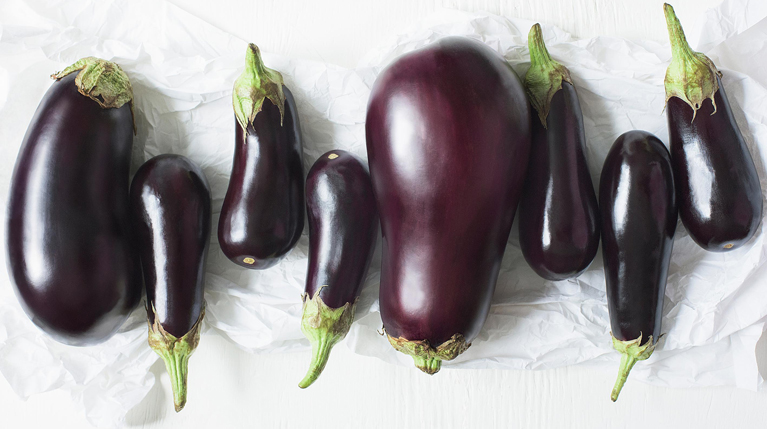 How to choose a good Eggplant

When buying eggplants, make sure that the stalk is still attached to the root. In some aubergine varieties the stalk is in bright green color, while in other varieties it is of bronzed-black color. Make sure it does not have any dry parts.

When buying the eggplant you have to be careful that the skin looks smooth and tight: a lack of dents, black or mouldy parts generally indicates a good freshness of the vegetable.

The eggplant to the touch must be firm but not hard, since it would mean that it is not ripe yet, but not too soft either because it would indicate an advanced maturation, and the taste would be too sour and very bitter.

The presence of a small protuberance at the base of the eggplant generally indicates that the pulp of this fresh vegetable is compact and with few seeds.

How to keep Aubergines

Eggplant can be stored in a refrigerator for 4-5 days and it is preferable to keep it intact and with its stalk. In addition, eggplants can be frozen in slices after having been blanched in boiling water for a few minutes.

The eggplant is a product that must be consumed only after cooking: if raw, in fact, aubergine contains solanine, a toxic substance, also present in green potatoes and tomatoes, which, if ingested, can cause headaches, nausea and vomiting. And if consumed raw it has a very unpleasant and bitter flavor. 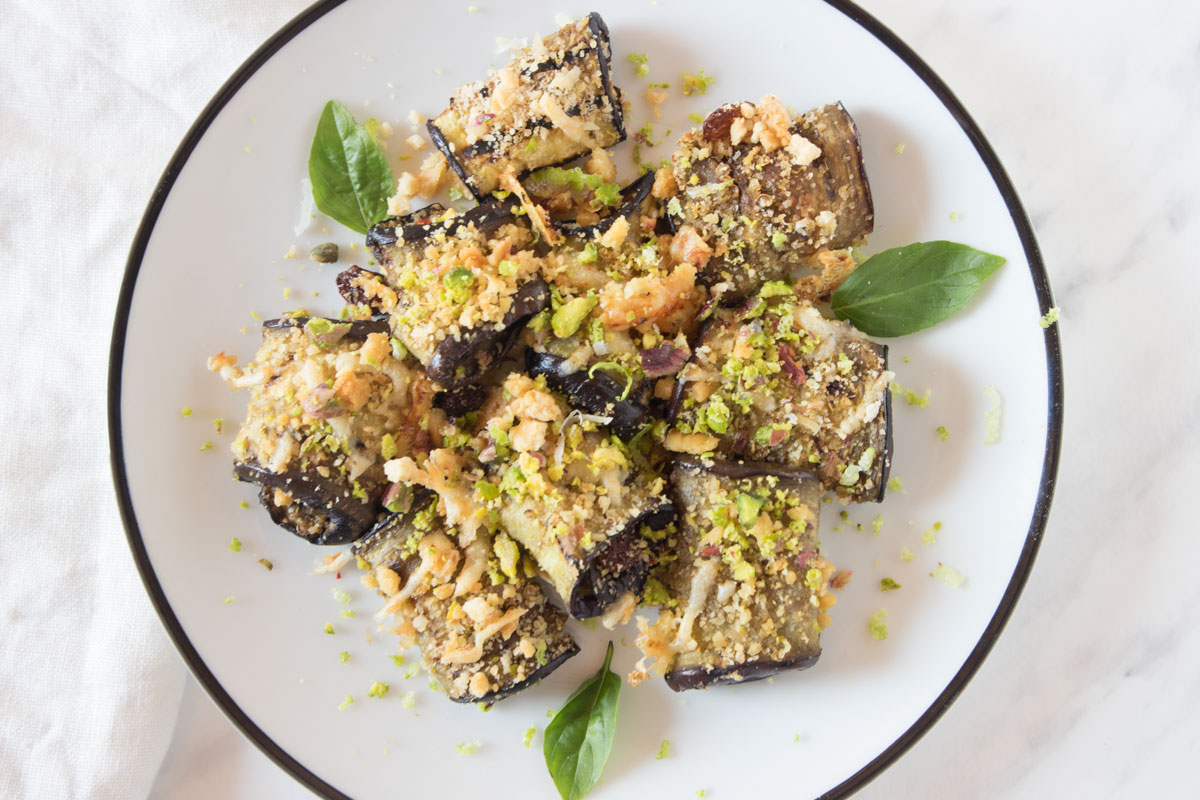 How to cook Eggplants

When cooked, eggplant is a very versatile vegetable: it lends itself to a variety of cooking processes, as an appetizer, first course, main course or side dish, such as the famous Parmesan eggplant, stuffed aubergines or marinated eggplant.

Eggplant can be consumed with both or without its peel, depending on the preparation and the dish composition.

It is good practice to drain the aubergines before cooking them, so that they lose the bitter taste that often characterizes them. To do this, just put the eggplants in salt (preferably coarse salt) for a few hours. When they have lost their water, rinse and dry them so they are ready to be cooked.

The history of Eggplants

Until the seventh century, the eggplant was not known in Europe. The Arabs brought them here, when they conquered the Iberian Peninsula. The Arabs had also themselves discovered the eggplant from elsewhere, probably from Persia, where it had come from North India. But there are those who claim that China cultivated it before the arrival of Christ.

At the beginning of its history in the West, the eggplant does not enjoy a great fame: Arabs call it badinjian, something that resembles “devil’s egg”.

In Spain some people thought it caused illnesses such as hysteria, epilepsy, tuberculosis and cancer. Others argued that it worsened the human mood or even that it lead to changes in the color of the face, making it darker.

The agronomist Gabriel Alonso de Herrera in 1513 said that “the Arabs brought it to Europe to kill the Christians with it”, while in Italy next to the name petronciano, the name melanzana was born, from the Latin mela insane, meaning unhealthy apple.

During the Middle Ages, it was cultivated in Southern Europe, but it was eaten particularly by the Arabs and the converted Jews, who are the first to specialise in eggplant dishes.

And that is how the eggplant came to Venice.Â

In 1492 a large number of Spanish Jews arrived in Venice, after been forced to leave their homes in Spain. After settling at first on the Giudecca island, they were eventually forced to move by the Venetian in 1516 to the area which we now know as the Ghetto, a segregated area which allowed the Venetian to control the rising economical and political power of the Jewish community. The Jews were forced to live there until 1797 when the Ghetto was eventually opened.

Here the community developed a large range of eggplant recipes, amongst which the most famous is Melanzane alla Giudea, but also the famous Melanzane al funghetto e many more. 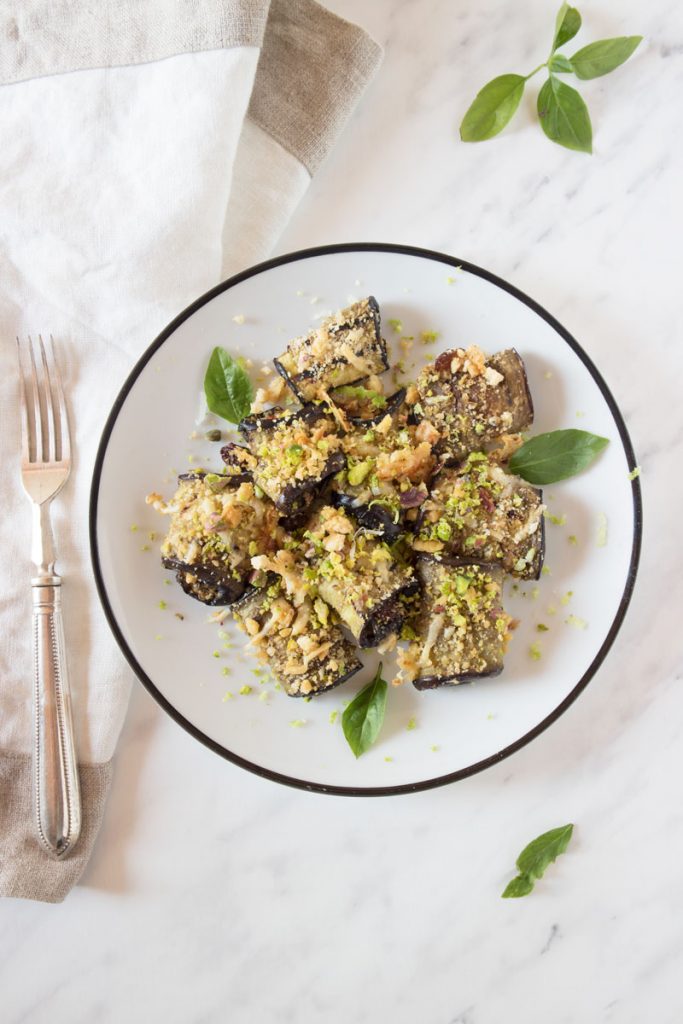 the juice of half a lemon

2) Â  Â  Grill the aubergines and keep them aside. Pour a few drops of olive oil and, in the meantime, preheat oven at 180Â°.

3)Â Â Â Â Â  Crush your pistachios and combine most of them in a bowl with the breadcrumbs, the raisins and the grated Parmesan. Put the mixture on a cutting board, pass your greasy aubergines on the mixture on both sides and then add more mixture on just one side and roll gently. Repeat for all the slices.

4)Â Â Â Â Â  Squeeze the juice of a little less than half a lemon and grate the zests.

One Response to A Venetian Delicacy: Eggplants alias Aubergines