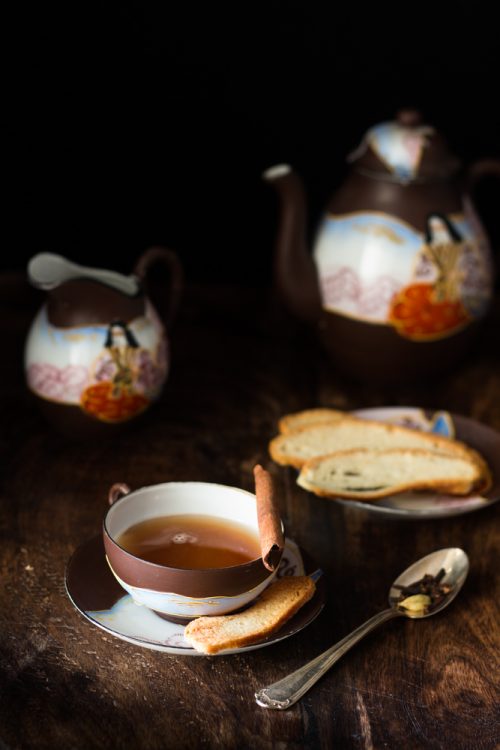 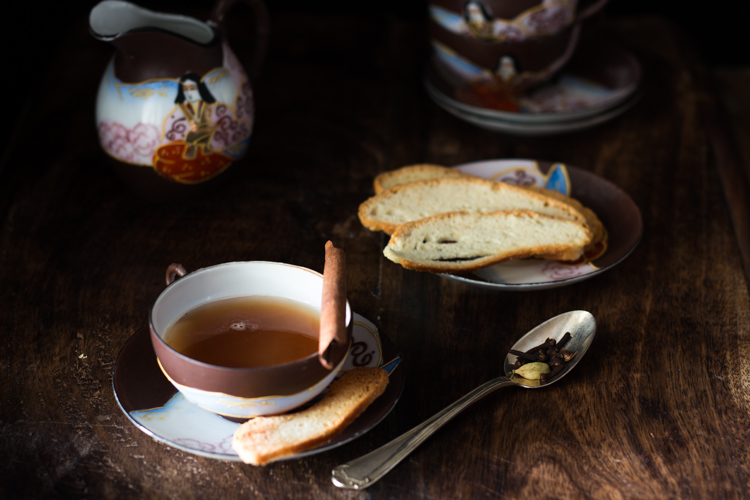 Baicoli. We recently joined AIFB, the Italian Association of Food Bloggers and what better way to get them to be known by you to, than just start sharing some of the Venetian recipes by some of their best members? 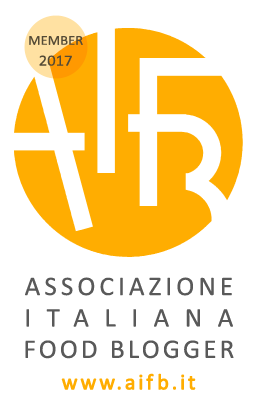 We would like to start with Paola Sartori of Prelibata, a blog that talks about a passion for cooking with typical Italian specialties, sharing local traditions and the finest flavors. Prelibata is where you can get to know about the products for which Italy is famous in the world and where to source them.

We decided to share her beautiful post and recipe for Baicoli Veneziani, a typical hard baked cookie, which is simple, perfect served with tea, hot chocolates or dipped in creams. 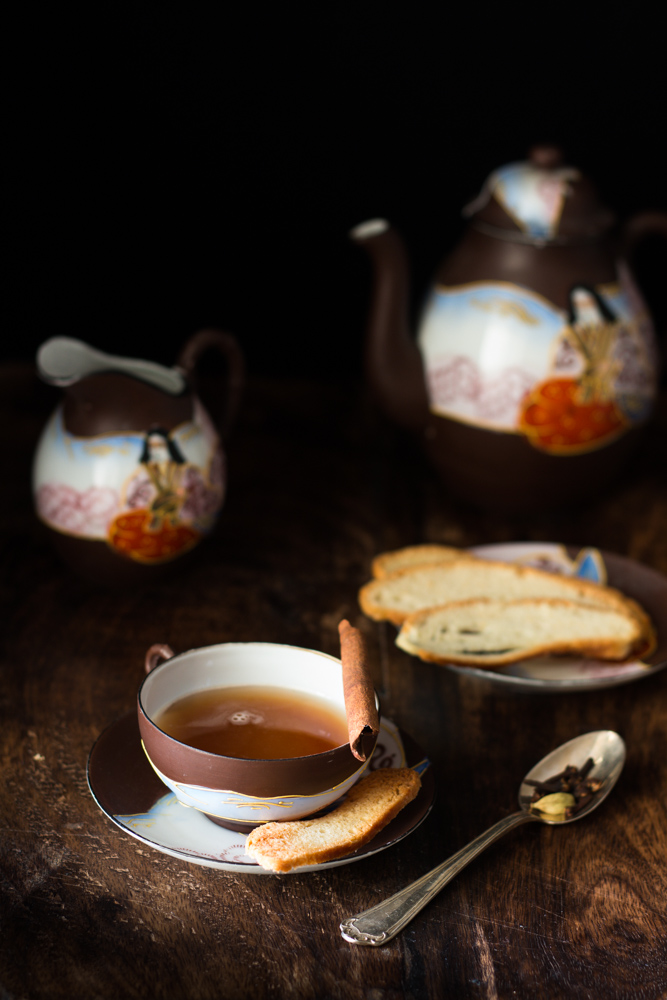 Baicoli are the “accompaniment” biscuits par excellence and now I am going to explain you why.

They are wafer-thin, simple and crunchy biscuits, which is nothing special, except that we have enjoyed them for over three centuries here in Venice!

The Baicoli were made for the first time in the eighteenth century, by Mr. Colussi, who had just moved to Venice. 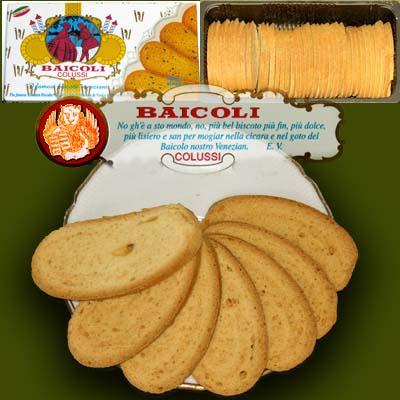 When I was a child, they were a symbol of good upbringing.Â

The box of Baicoli was the gift to bring if you were going to visit someone for afternoon tea.Â Never go to someoneâ€™s home empty handed (in Venetian we say â€œcon le mani in manâ€, that is just holding your own hands) … said the etiquette of knowing how to behave of my grandparents.

You also brought coffee, but only to those who belonged to a lower social class, and flowers only if it was a birthday.Â If instead it was an invitation to dinner .. then the gift was a bottle of liquor or wine and assorted chocolates (or little cakes from the local patisserie, we would add as Cook In Venice).

If you think about these rules of good behavior, it seems like two centuries have passed, but for Baicoli, it seems to me, time has not passed at all. 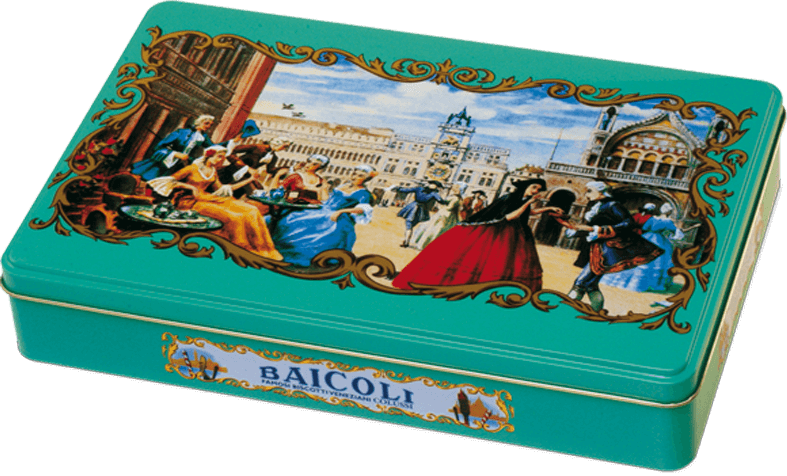 For over fifty years they have been packaged in a cardboard box or in a larger tin box, with this writing in one side:

No ghâ€™Ã¨ a sto mondo, no, piÃ¹ bel biscoto,Â Â (There isnâ€™t in this world, not, a more beautiful biscuit)

par mogiar ne la cicara o nel gotoÂ (To dip, in a cup or in a glass of wine)

Never mind a packaging that has to be renewed … the baicolo is one of the few certainties of life.

The Baicoli have a three centuries long history 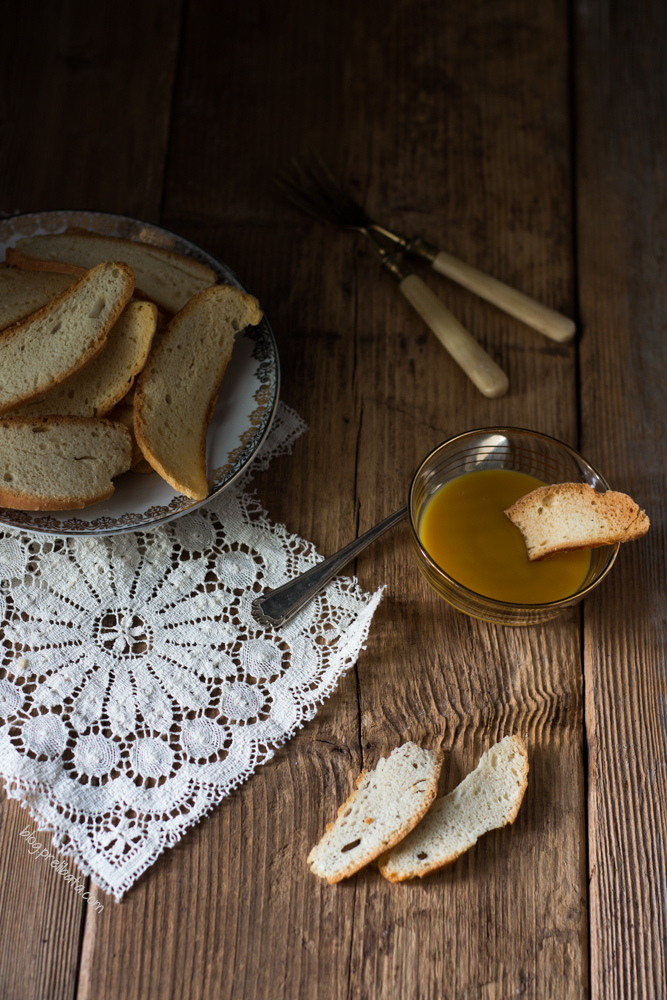 So, as I said this before, Mr. Colussi, around 1700s, moved to Venice to open a bakery.

Inspired by the pan biscotti, little bread cookies, that the Republic of Venice used to prepare for its sailors, he created the Baicoli, with very few ingredients, but with a processing that lasted three days.Â

Pan biscoti were dry biscuits that were cooked under state authorization, exclusively in the Arsenale ovens, the shipyard of the Republic of the Serenissima.

There are documents that show how famous the goodness of the biscuit bread was and especially how long they lasted without deteriorating.Â Precisely because of their durability they were suitable for long trips at sea.Â It is said that in 1821 they found in Crete some biscuits in perfect condition and since Crete had been sold to the Turks in 1669, those biscuits had to be about one hundred and fifty years old.

Personally I would not have tasted them and I do not recommend keeping the Baicoli preserved for a century and a half, but I do endorse their long life.

The original recipe has not been found yet, but given the simplicity of the ingredients, it is thought it did not stray too far from the original.

Why are they called Baicoli?

They are very thin and oval, reminding us of the shape of a small mullet, which the Venetians call precisely Baicolo.Â Baicolo comes from baioccolo, which means small coin, that is, something of little value, like the small mullets that are worth nothing compared to the adult specimens.

The extraordinary thing, in my opinion, is that, in three centuries of their history, the Baicoli have not be subjected to variations, nothing, not even a small chocolate coating like their competitors, the Krumiri.

Even today the Baicoli are located in the Patisseries of Venice and in the bakeries that sell the baicoli ends by weight. 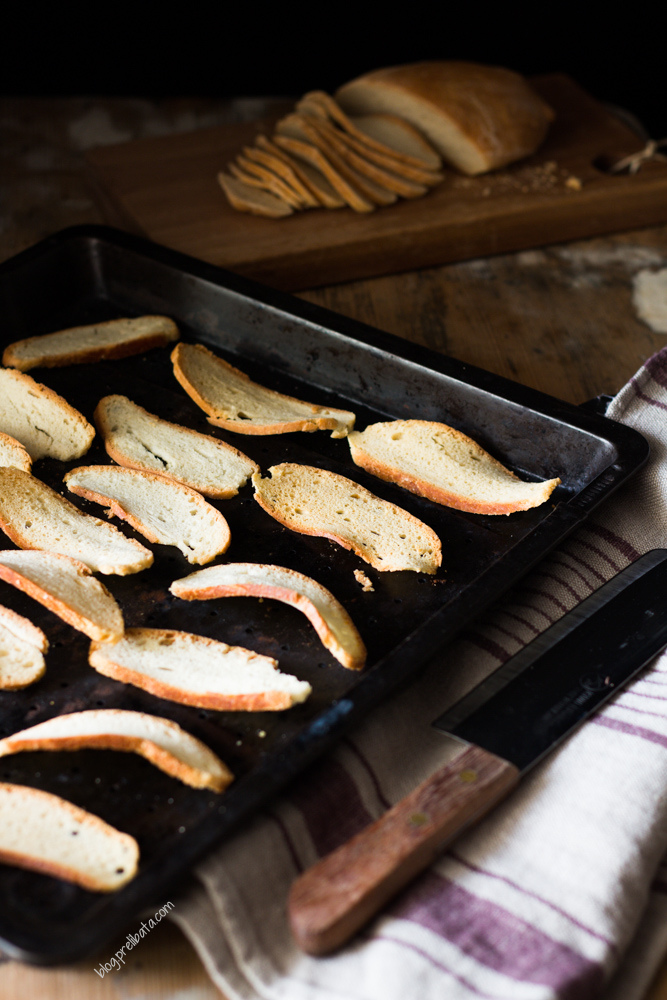 The ingredients of the Venetian Baicoli

Milk as needed, or water 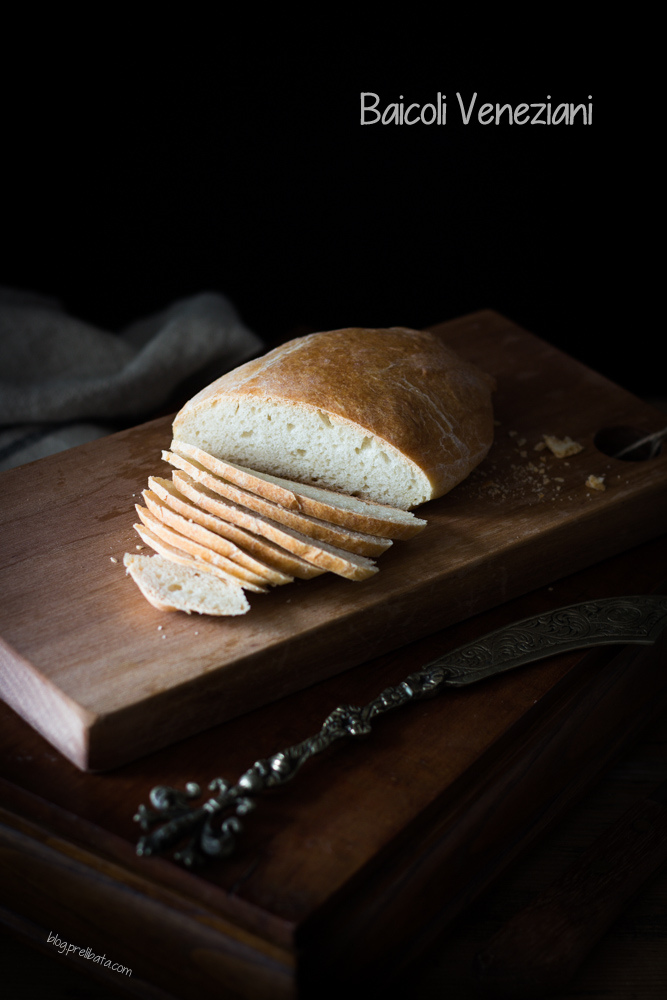 They say that even today, the dear old Venetian ladies, adorned with earrings and covered by a shawl, head towards the Rialto market, meet for some gossip in an osteria and between a chat and another, they have the baicoli, first dipped into the forest wine.

Thank you Paola for this beautiful explanation….what are you all waiting for….get baking!