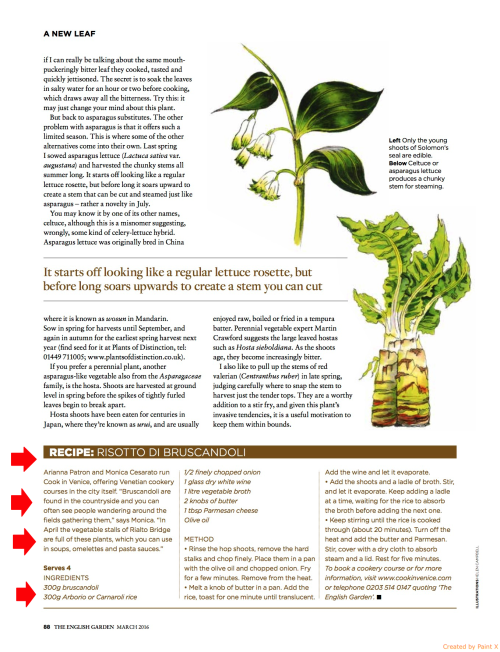 Cook In Venice in the media in the UK

2016 started with great news. Â The English Garden Magazine published one of our recipes in their March 2016 issue. 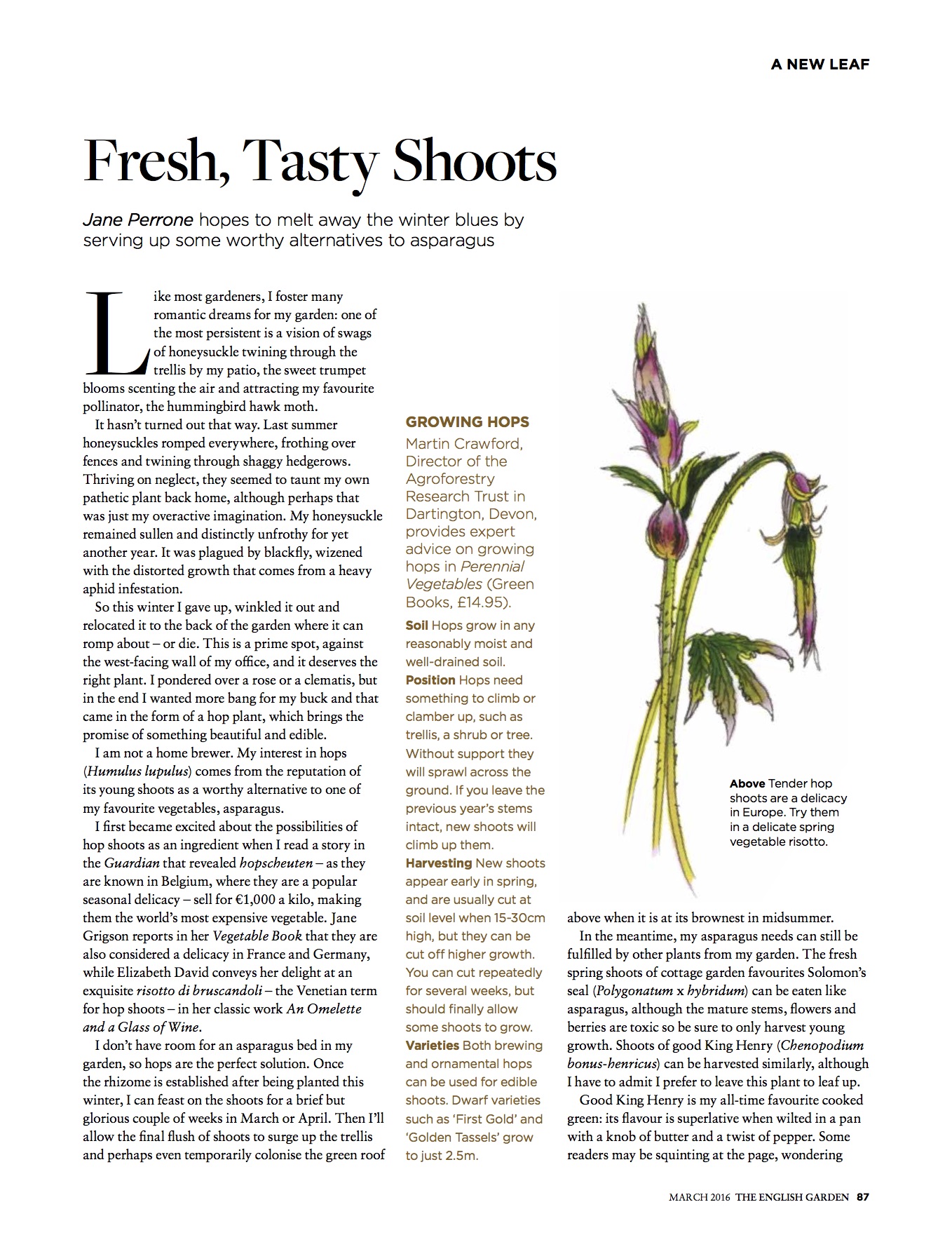 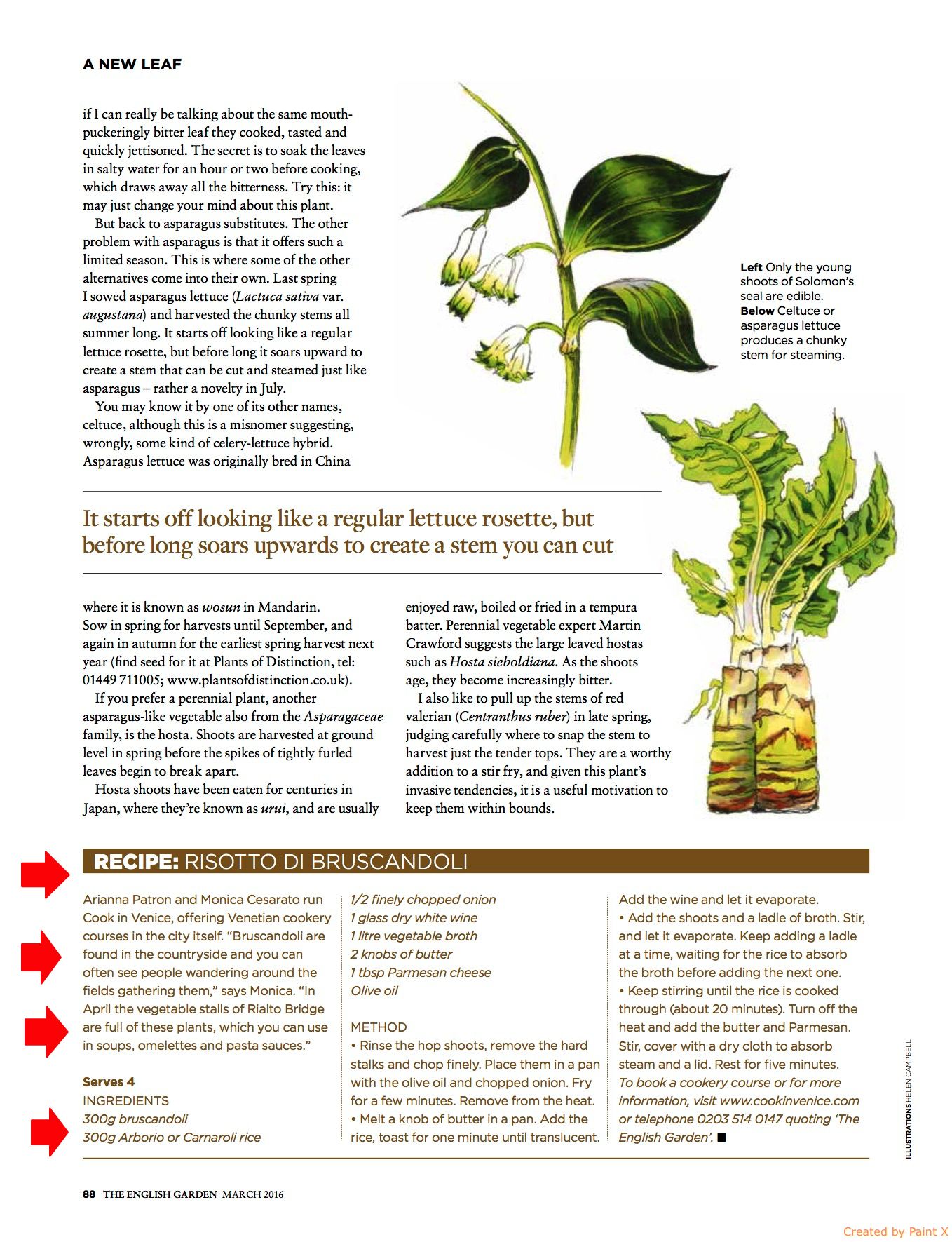 The article was talking about Bruscandoli, in Uk known as Hop shoots.

In our region it is a common wild plant which grows during Spring season. From March to May you can always spot people in the middle of fields and by the riverbanks foraging for this wild plant. We prepare many recipes with it: risottos, soups, sauces.

The bruscandoli are the sprouts of wild hops (Humulus lupulus L.), often known as wild asparagine because they resemble wild asparagus.

They have a length of about 20 cm and are collected in the spring, between March and May in the banks of rivers, among the brambles and bushes.

Hop shoots are usually known because they are used to make beer, but in reality they have been used since ancient times in Chinese medicine as a digestive remedy and for the treatment of dysentery and various intestinal disorders.

The bruscandoli have invigorating, refreshing, diuretic and laxative properties. They are also considered good for purifying the blood, stimulating liver function and as sedatives. They reduce cellulite, provided they are cooked with little fat.

You can use the tops, the leaves, and optionally also the stalk, cut into small pieces – they are great for omelettes, while the toughest stems will be removed.

Here below is our recipe, the same one which was featured in The English Garden Magazine. 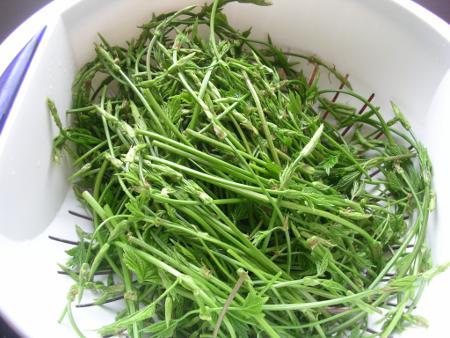 a big bunch of bruscandoli (hop shoots) about 300 gr,

a glass of dry white wine,

a bit of butter, olive oil. 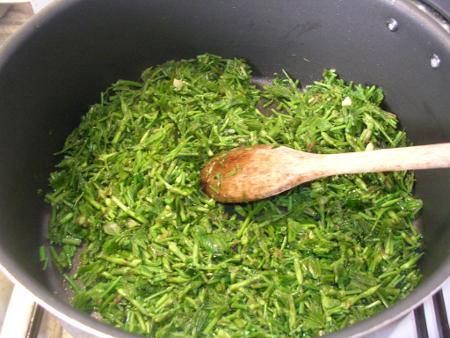 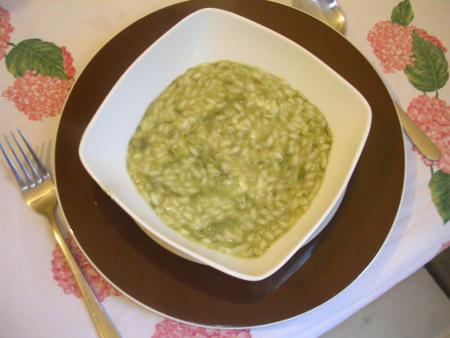