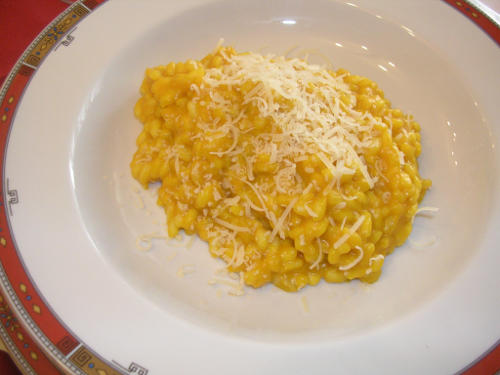 Published on January 26, 2013 | in First courses By Monica Cesarato |3 Comments 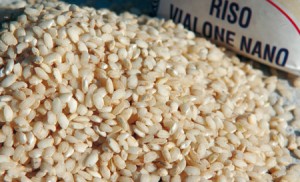 In the Po valley rice paddies enjoy homogeneous climatic and environmental conditions, but only around the City of Verona a particular quality of Italian rice has developed: the Vialone Nano Veronese, who obtained the IGP first in Italy and then in Europe. This particular variety, which is characterized by semi-long round grain, grows in the spring areas between Bovolone, Buttapietra, ErbÃ¨, Isola della Scala, Nogarole Rocca, Sanguinetto, SorgÃ  and Vigasio, where you can still see the canals – built in the sixteenth century – the old rice factories, the barns and the granaries.

In Vicenza, following the land reclamation of the twentieth century in which the areas, rich in water, were greatly reduced, the rice crop is present in small quantities in small areas and the varieties grown in this area are the Vialone nano and the Carnaroli.

In Polesine (the valley of the Po, in the province of Rovigo) there is also a long tradition of rice cultivation, once concentrated in the irrigation areas and in the valleys of the Delta del Po, including Ariano, Loreo and Porto Tolle. Today the production is concentrated in the Lower Polesine, where, however, the process of husking is not executed. The cultivated varieties are the Vialone and Carnaroli. 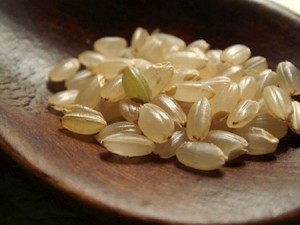 After harvesting, the rice undergoes a series of operations before being sold: the unripe grains are discarded and the rice is shelled (husking), in other words, the outer covering of the grain is removed. What remains is called brown rice (or semi-raw). The grains of brown rice appear dark as they are coated with a thin layer which, in the operation of refining, is eliminated. The rice is whitened so that it is more attractive to the consumer. With the elimination of the outer layer, unfortunately, rice loses most of its nutritional value: proteins, minerals, vitamins and fats. Brown rice is very nutritious and healthy, and much more digestible than other grains. But white rice remains still the most popular rice.

In Venetian cuisine rice is proposed and combined in dozens of different ways, especially in risotto and soups.Â

Among the most typical dishes of Italian cuisine and especially the Venetian one, the risotto – thanks to the spread of rice cultivation in the Pianura Padana – has carved itself a leading role and it is traditionally served as a recipe for the holidays.

The reason is not hard to imagine: its preparation requires care, but the result is a refined and tasty first course, which can exalt the capacity of cook and entertain the guests. The risotto, also enhances the versatility of rice that can be matched to an extreme variety of flavors: vegetables, cheeses, meats and fish. The extreme variety of recipes is linked to the availability in the pantry and natural resources, rather than the desire for an ever-changing menu.

Here are two simple but delicious typical recipes from Veneto. 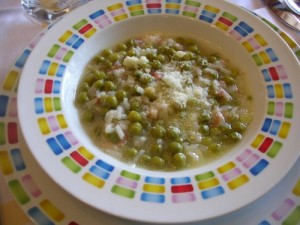 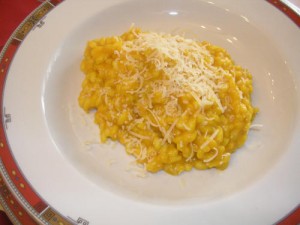