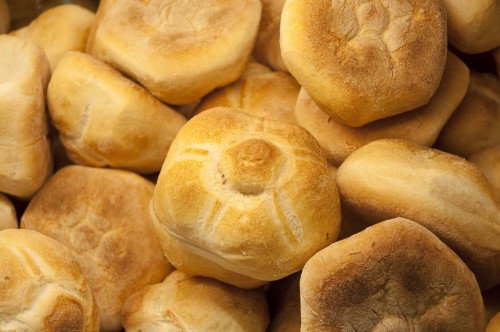 Published on January 16, 2013 | in First courses By Monica Cesarato | 4 Comments 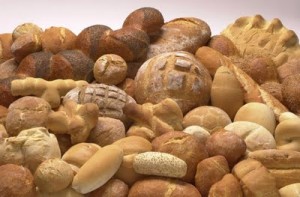 The history of bread in Venice

The importance of bread in Venice. Throughout the city of Venice there are at least a dozen streets, porticoes, squares called â€œdel Pistorâ€: from San Marco to Santa Croce, from San Polo to Cannaregio, from Castello to Dorsoduro, and even at the Lido, in Burano and the Giudecca. At the time of the Serenissima the Pistori were the craftsmen who kneaded and shaped the bread, very different from the Forneri (bakers), also called pancogoli or panicuocoli who were those baking the bread.

The word Pistor comes from the Latin â€œpistor-orisâ€, which means “those who grind the grain.” You could enter in the Art of Pistori from the age of 12 and the period of “apprenticeship”Â as a bread maker lasted from 5 to 7 years. The two crafts, Pistori and Forneri, were always taught in the separate “schole” (schools) and the Pistori were further divided into two communities, the Lombard and the German. The oldest Guild dates back to 1333. The headquarters of the School changed several times, from the Church of Ss. Giovanni e Paolo to that of Santo Stefano (1528), then to the church of Sant’Aponal and then to S. Matteo di Rialto and finally at the school of the Albanians in S. Maurizio, where the Pistori moved in 1780 and remained there until the suppression of their art, which took place under the rule of Napoleon. 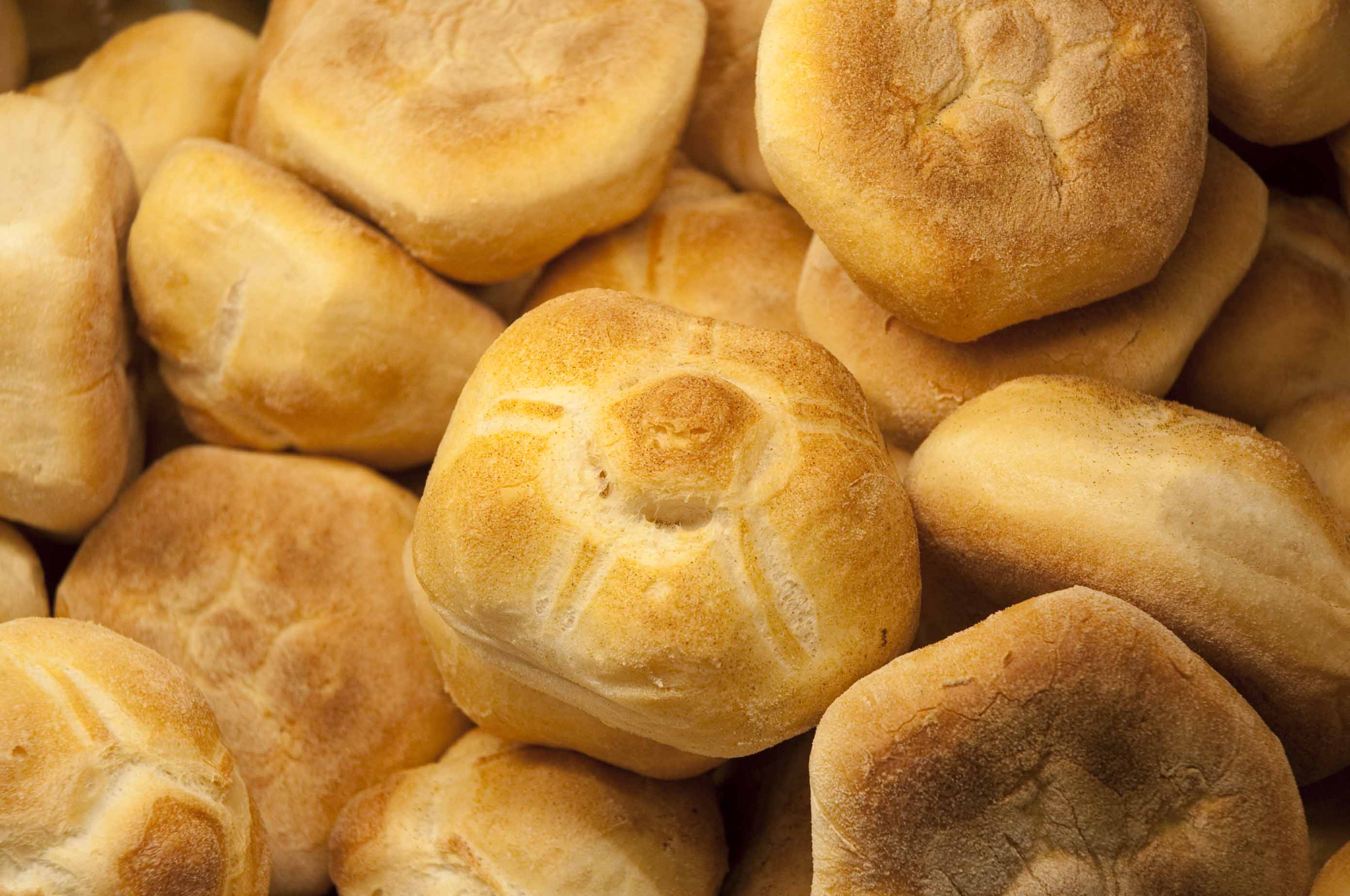 If you visit the church of San Marco you can notice in some of its beautiful mosaics the form of bread which the Venetians consumed in their homes in the twelfth century: the bread is not very big, and it looks like snails. The shape and the name “bovolo” have been handed down over the centuries and still exists today in Venice in modern bakeries. There was then in Venice the “pan bianco” (white bread), made with sifted white flour and also the “pan traverso”, made with whole wheat flour. The Pistori could not by law cook the two types of bread in a single oven – the Venetian law forbade it sternly. In Venetian dialect two pieces of bread are also called “ciope” – the name derives from the fact that the shape of the bread resembles that of the buttocks. One of the most popular forms of bread in Venice are certainly the “rosette”, a bread very light, very leavened, round, flower-shaped with a central button and petals around. As time went by the “German bread” arrived in the city, and from this were born the “montasÃ¹” and “Dressa”, which had the characteristic to be polished with the beaten egg and was produced with milk and lard.

The bread was an essential food for the sustenance of the population, so the Serenissima closely monitored the production chain: the flour, the dough, the cooking, the weight and the price. For this purpose an office was established, called “Ad bullam panis”. The grain for bread had to be transported to the mills for grinding by the same Pistori on boats owned by them, the wheat had to be the type allowed by the Government. The Forneri baked the bread and could even sell it, independently and on behalf of others. 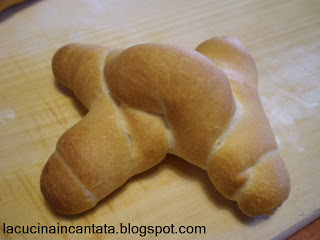 The masters were allowed to rent up to two ovens and also have a license to cook the famousÂ â€œ pan biscottoâ€,Â a very hard toasted bread which wasÂ used as rations for the troops on land and sea, for its long life characteristic. The furnaces preparing this bread were managed directly by the state. Since the 15th century for the preparation of this bread were employed mostly German bakers, under the direct supervision of the greatest maritime authorities. And the pan biscotto produced there looked like it had the property to be preserved indefinitely. The Serenissima built 34 ovens for “pan biscotto” on the island of Sant’Elena and the qualities of preservation of this bread were so impressive that in 1821 in Candia a small deposit of this bread was discovered, dating back toÂ the period when the island had been left to the Turks in 1669 and it was apparently still edible and pleasant to eat.Â The pan biscotto was used by sailors and soldiers, immersed in pieces in a hot soup. Â This method of dipping the bread into the liquid was called in Venice “frisopo” (at home you could also use hot milk or broth or mosto).

Each Pistoria was obliged to display the daily price of the product. There were numerous checks and the bread that did not comply with the rules, was cut into pieces and thrown down the steps of the Rialto Bridge, and if the weight was less than the amount due a fine of a penny per piece was imposed, if it had other defects it was seized. In the case of particular needs of the population, there existed an obligation to bake emergency bread.