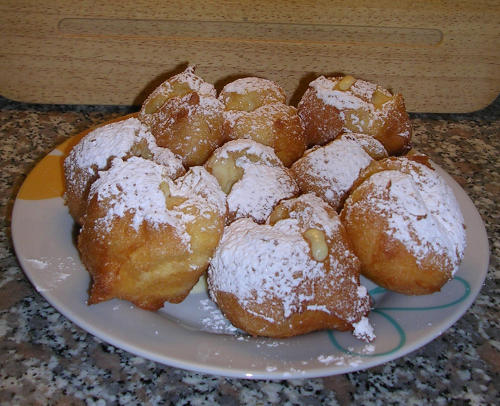 The most famous top 10 Venetian dishes

Published on January 18, 2013 | in Main courses By Monica Cesarato |2 Comments 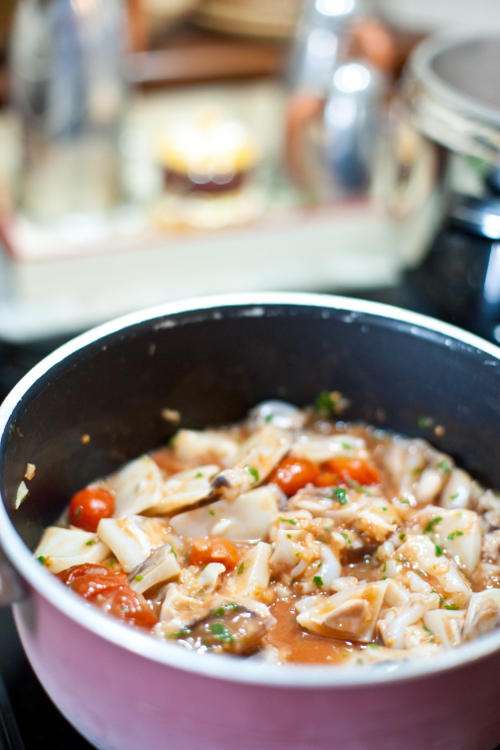 Veneto is a pretty rich region under many aspects, above all the gastronomic one. It is easy to see why, given that it is a region that for centuries had commercial relations with distant lands, such as the East (land in which the Venetians learned the use of spices) and Northern Europe. The four key points of Venetian cuisine are: polenta, cod, rice and beans.

Let’s see now the top 10 most famous and delicious Venetian dishes, known all over the world. And remember you can learn to cook any of these dishes with us at Cook In Venice, in any of our cooking classes. 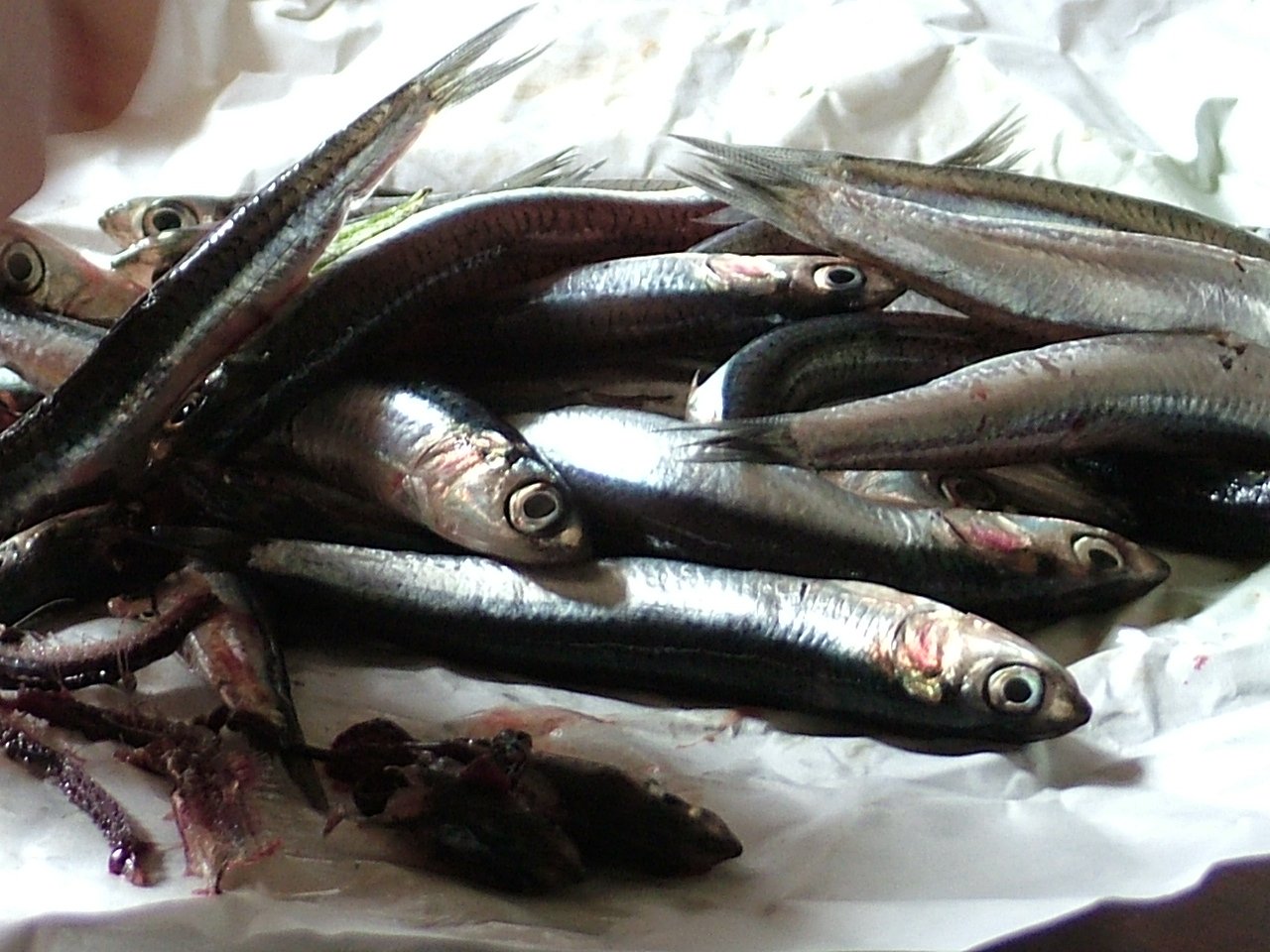 1- We start with the notorious Sarde in Saor, sweet and sour sardines. The Saor is the preparation of a dish that sees the mixing of sweet, sour and salty, usually achieved with a combination of a main ingredient, onions and vinegar. 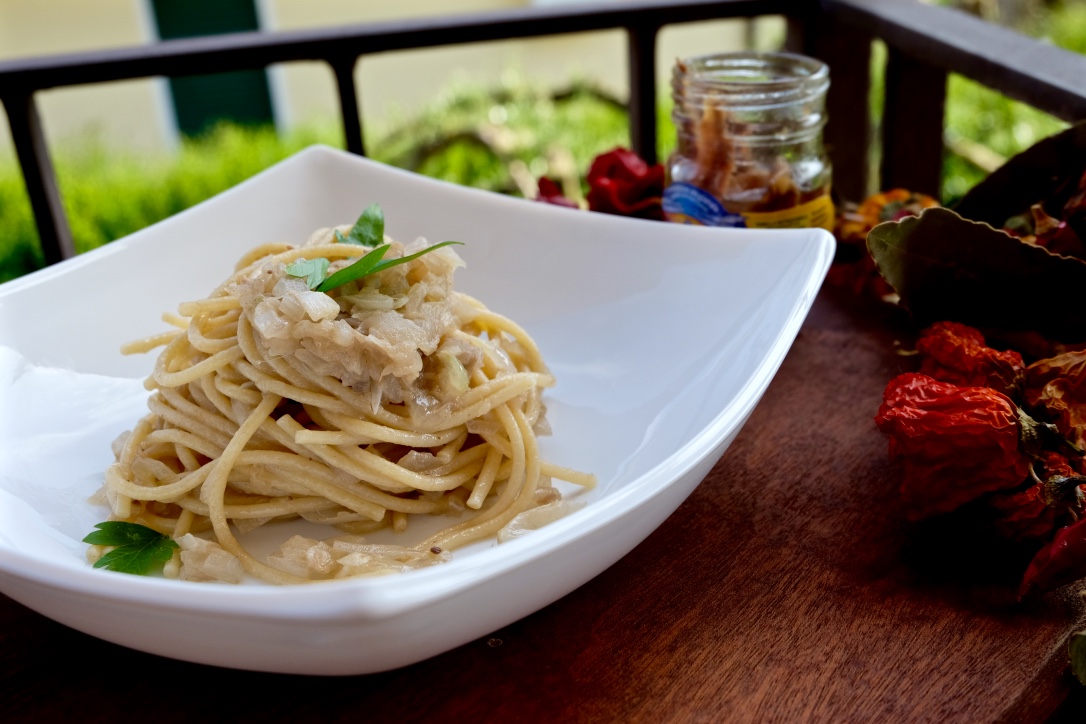 2- Local expression of pasta are bigoli, very thick and coarse spaghetti, usually seasoned with fish or game sauces. The most famous combination is Bigoli in Salsa, a salted sardine and onion sauce, one of the oldest recipes of Venice. 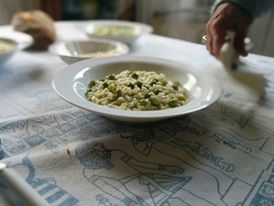 3- Rice and risotto are one of the main staples of Venice and Veneto and the first dish that comes to mind in this case is the famousÂ Risi e bisiÂ (rice and peas), the consistency being a mix between a soup and a risotto. Risotto in Veneto is also prepared with bruscandoli and radicchio from Treviso. The Veneto is a land of radicchio, with many different delicious varieties.

4- Cod was introduced to Venice in 1431, when a Venetian captain brought it back to the city after a long stay in Norway. Venetian fell immediately in love with the dried cod and found many ways to cook it, the most international known is BaccalÃ  Mantecato, a creamy soft mousse like dish, mainly served with polenta. All Osterie in Venice offer their version of this very old recipe. 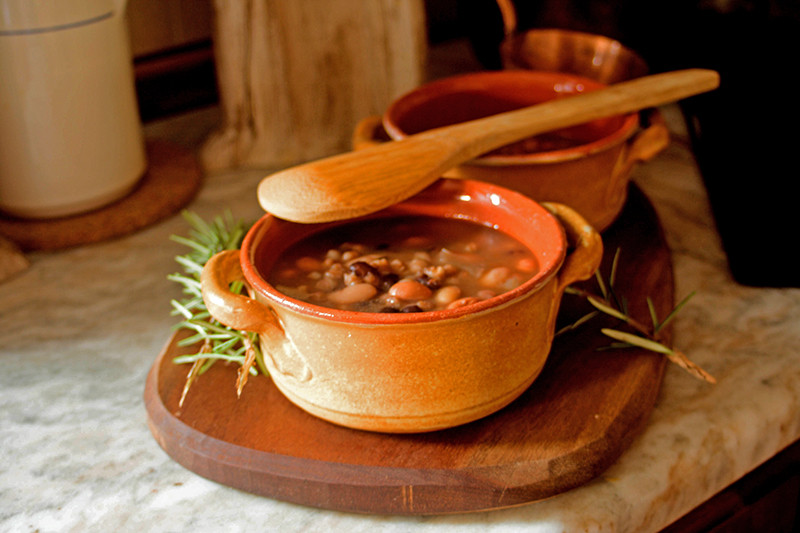 5-Â The beans of Lamon, in the province of Belluno in the Dolomites is the main ingredient for another world-known recipe, Pasta e Fasioi or Pasta e Fagioli. The Venetian version is not spicy at all, rather more like a creamy pudding, more than a soup and it is usually served with ditalini,Â which means â€œlittle thimblesâ€ in Italian, a small soup pasta.

6- The Fegato alla Veneziana is a second course of Venetian origin, also popular in the rest of Italy for its intense flavor and its unique aroma of onion. At the time of the ancient Romans, the liver was cooked with figs in an attempt to conceal its distinctive odor then later the Venetians replaced the figs with onions, managing to achieve a really delicious dish. The Venetian liver is one of the best known and appreciated preparations of Venetian cuisine, a recipe which is easy to reproduce back home and it is also very economical. Traditionally the liver in question is of beef, in particular of veal.

7- Polenta was introduced in Venice after the discovery of America, but it soon became the main staple of the Republic, very often substituting bread on Venetian tables. Polenta e osei is one of the most typical Venetian dishes, even if a bit unusual for most: the little birds (such as larks and throstles) are cooked on a spit over a fire in the fireplace or in a pan with bacon and sage and served with their sauce on a bed of hot freshly made polenta 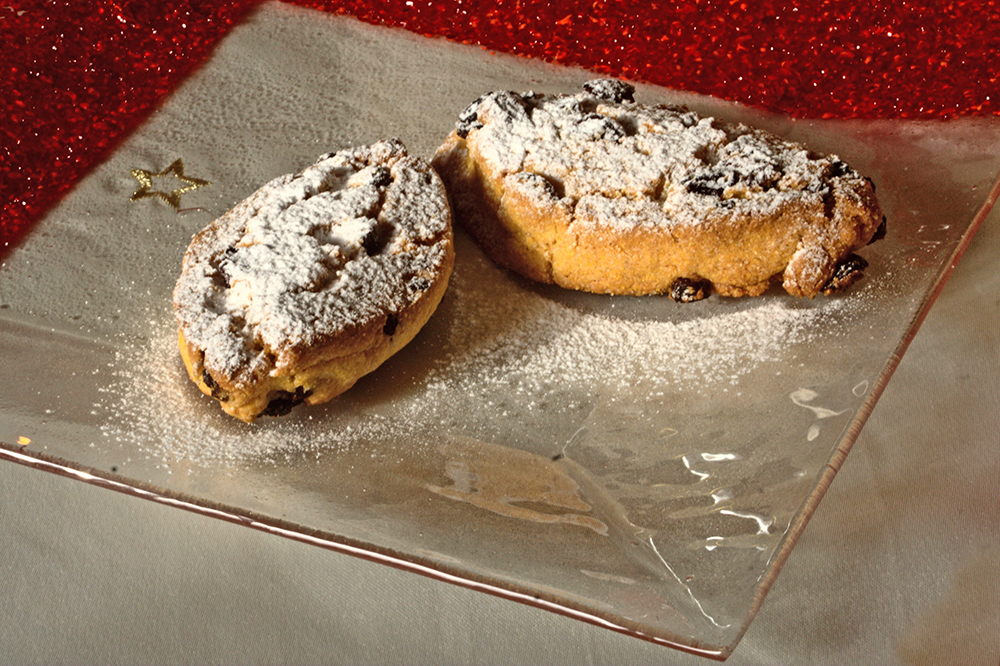 8- And with polenta flour you can also make the Zaleti, the most famous and traditional of all Venetian cakes. These cookies. recognizable by the warm yellow color and the coarse look, due to the maize flour, were typical of the Carnival in Venice, but now they can be found in all the pastry shops and bakeries all year round and areÂ alsoÂ considered as bringing good luck. 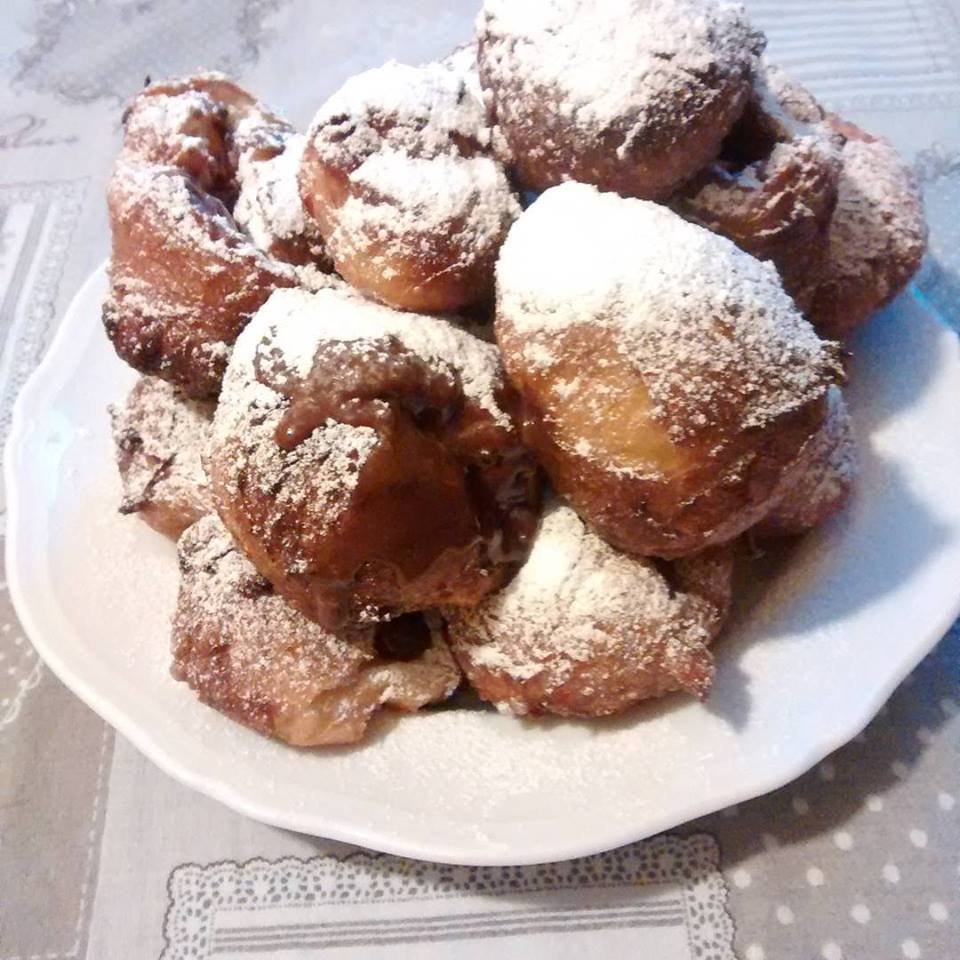 9- The most famous traditional Carnival sweet is for sure Frittelle, little sweet fried dumplings, which used to be fried and sold on the streets of Venice by the fritoleri since the Middle ages. they can be prepared with raisins or as soft bignÃ¨ and filled with creme patissere or zabaione. 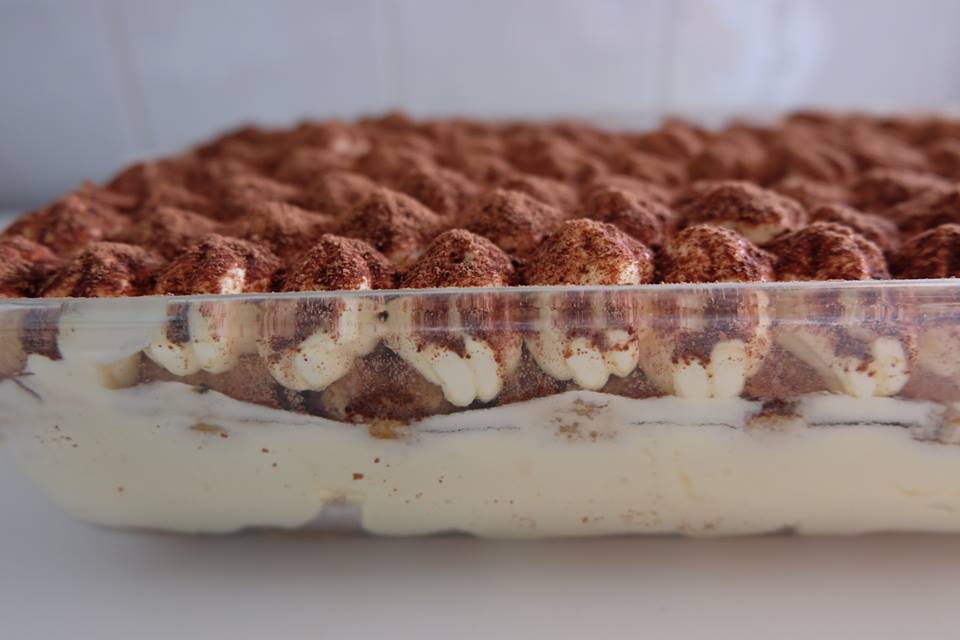 10- Last but not least, the most famous of all cakes (maybe in the world??): TiramisÃ¹. TiramisÃ¹ finds its origins in Treviso, only few decades ago, in the ’80s, when it was invented by Ada Campeol of the restaurant â€œalle Beccherieâ€ in Treviso, who created a fresh energy dessert to sustain her while she was nursing her son. She used ladyfingers, coffee, mascarpone cheese and the beaten eggs with the sugar to make the â€œtiramesÃ¹â€, later translated by the Venetian dialect in Italian with â€œtiramisÃ¹â€. The cake was a huge success, so much so that every year we celebrate the day of Tiramisu, on January 17th, and chefs from all over the world will compete in the recipe.

And now all you have to do is coming over to Venice and sample all of these delicacies!

2 Responses to The most famous top 10 Venetian dishes