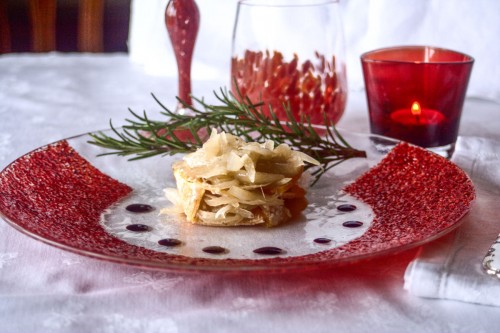 Venice Recipes: The Saor – Back to Venetian basics 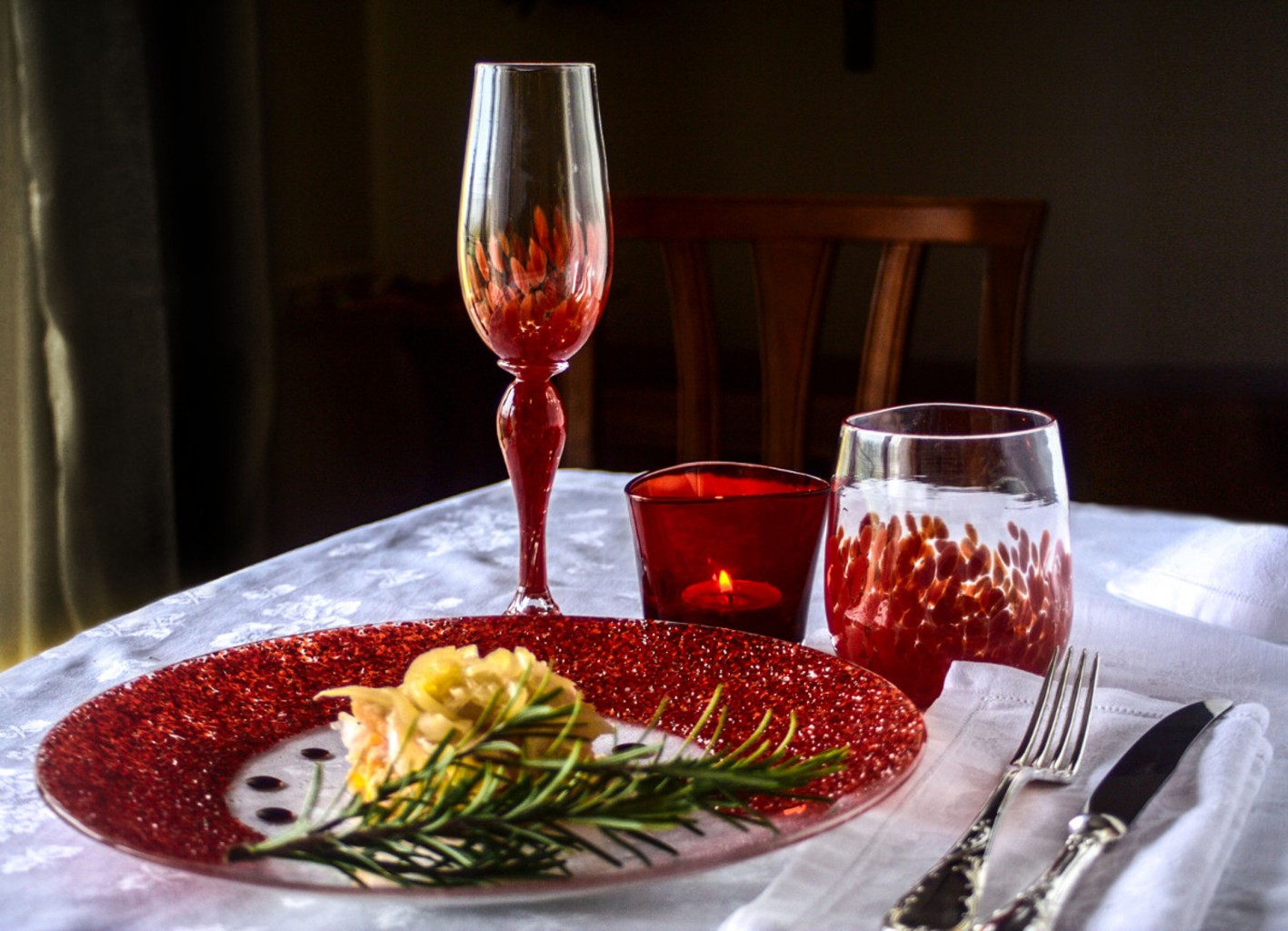 We are really excited to introduce to you our new VeniceÂ recipe series starting off this week thanks to the support of our new sponsors Abate Zanetti, the most famous Murano glass making school in Venice, and U-Cook Italia, Italian designed kitchen gadgets suppliers.

The series is called “Back to Venetian basicsâ€ and in this delicious line up of recipes, we would like to help you get inspired by traditional simple dishes from the cuisine of Venice! All our recipes are tried-and-tested and sure crowd-pleasers, but please feel free to send us your suggestions!

We are starting with one of the most traditional cooking technique used in Venice and in the region of Veneto in general: the saor!

The Saor, also know as sweet & sour, is a condiment made with sweet and sour onions which is used in Venetian cuisine to accompany many dishes, especially sardines in saor. Since it is Autumn and here at Cook In Venice we always try to use seasonal products, we would like to present our version of the saor, prepared with a typical autumn vegetable: pumpkin or squash. 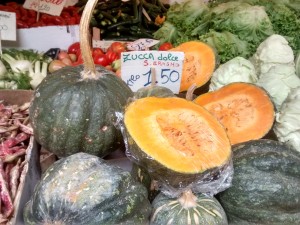 But let’s explain first what the saor is and where this ancient but also delicious method of preservation comes from.

While the diplomacy of the Republic of Venice worked to maintain its relations with the East, at the same time the Venetian cuisine could not remain extraneous to the Eastern influences. The holds of the ships sailing the Mediterranean abounded of aromas and drugs which brought Venetians not only wealth, but also a choice of different tastes. If in the rest of Europe spices were often used to preserve foods rather than to modify their flavor, Venetian people discovered the new eastern culinary principles and made them their own using them to create new dishes. It is the case of the “saÃ²r” which happens to be an example of pure balance between sweet, sour and salty flavors and that was defined by the famous Giuseppe Maffioli as the “Food of sailors and stock up on dry land.” 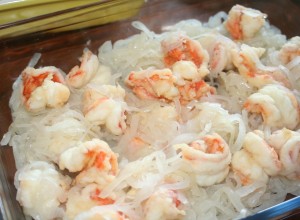 It is said that the Saor was born from the imagination and the genius of the fishermen’s wives, which created this particular recipe, using fish, with expedients that favored the conservation during long periods of navigation and with ingredients which would provide an important food source for their men. Sailors and fishermen had the need to feed on board, often using the fruits of their labor (the fish) whilst trying to preserve it as long as possible.

The most common fish, but also the most nutritious, was the Sardine. To this you have to add the fact that the sailors used to consume a lot of onions to ward off scurvy, a vitamin C deficiency which was common among those who went to sea and who could not rely on a varied diet: sarde in saor can therefore be defined as a creation born out of need. 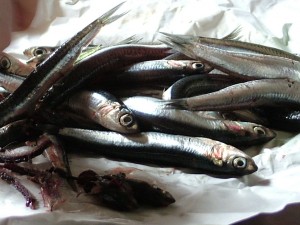 The fried sardines were alternated with abundant onion and vinegar, which was used to attack and kill the bacteria which lead to the deterioration of the food. Vinegar also removed from the food that taste of “old” (the preparation had to stand for at least a couple of days to give enough flavor). Thanks to the technique of double frying and marinating, the food was very tasty and kept intact for a week with no coolers. Nowadays if stored in a refrigerator, the Saor resist a couple of weeks. 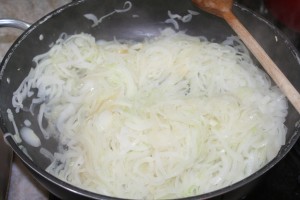 Tip: this dish is much more digestible if you do not fry the onions in the same oil that you used to fry the sardines, but you replace it with new oil.

The first mentions of the saor in Venetian cuisine can be definitely traced back to the 1300s as documented by a precious medieval manuscript, the Libro per cuoco by Anonimo Veneziano, a recipe book containing a number of preparations still nowadays. In this book the author suggests to fry the “pesse” (fish) in “bono olio” (good oil) and then to add raisins, vinegar and “Cepola”(onion).

Carlo Goldoni, the most famous Venetian play-writer, often evokes this dish in his plays.

The proportions between onions and fish are the subject of heated disputes between the Venetian themselves, and it seems that 2:1 to be the classic proportion – 2 kg of onions for 1 kg of sardines or whichever other ingredient you decide to use. In Veneto, it is important that the onions are of the territory, because the saor is not made with any type of onion! The onion should be grown in lagoon vegetable patches, like the white onion of Chioggia, which is produced in the territory of Venice, in the province of Rovigo and in the municipality of Ariano Polesine.

Over time the recipe has become more “aristocratic”; the addition of the sultanas served to help digestion and to sweeten the mouth and breath (you know, to promote relation interchanges!). Another small change includes the use of white wine to replace all or most of the vinegar to make the dish more delicate and less aggressive.

The completed version of the recipe also includes pine nuts, reminiscent of Venice’s vocation to be the door to the East. But surely these changes are not the saor of the old Venetian fishermen, who prepared this dish on board of their boats, using products they had in their cargo bay – I doubt that pine nuts and raisins would have been part of that! 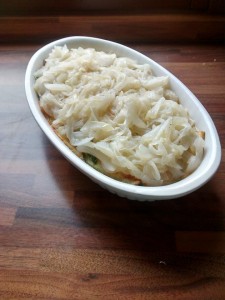 The Venetian tradition dictates that this dish should be prepared as a traditional food for the Feast of the Redeemer in Venice, a party extremely dear to the inhabitants of the lagoon, which is celebrated on the third Sunday of July.

Almost anything can be put in “saor”, once the ingredient has been fried in good oil. You can use prawns, chicken, zucchini, radicchio, and many other vegetables. The important thing is that whichever ingredient you choose, it has to mantain its consistency once fried.

Today we decided to try the saor with pumpkin, or better, butternut squash. 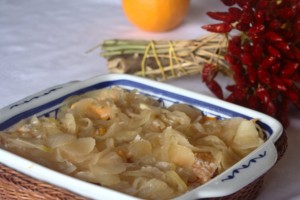 Pumpkin is native to Central America and the oldest seeds, found in Mexico, date back to 7000-6000 BC. In North America the pumpkin was a”base” food of the diet of the Indians and the first settlers learned from them how to cultivate it. Together with potatoes and tomatoes, it has been one of the first vegetables exported after the discovery of America. Christopher Columbus brought it to Italy in several varieties: oblong or round, large or small, green, yellow, striped, red.

However this vegetable was considered the food of the commoners for many years. The long famines then brought down prejudices on pumpkins which began to be appreciated by wealthier social classes.

How do you pick a good pumpkin? 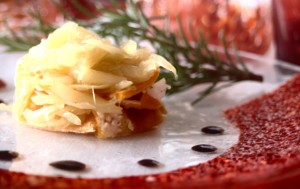 The pumpkin is sown in spring and reach maturity between July and September. When buying a pumpkin, it is important that the product is fresh, ripe and firm. Just “hit” it with your knuckles and check that gives a dull sound. In addition, the stem should be soft and well “attached” to the pumpkin and the skin should be clean and free from bruises.

A word of advice on the kind of pumpkin: choose a pumpkin that is hard, solid, compact – we prefer to use a butternut squash for this dish.

This is one of the many recipes which you will be able to learn to prepare during our various cooking classes in Venice! 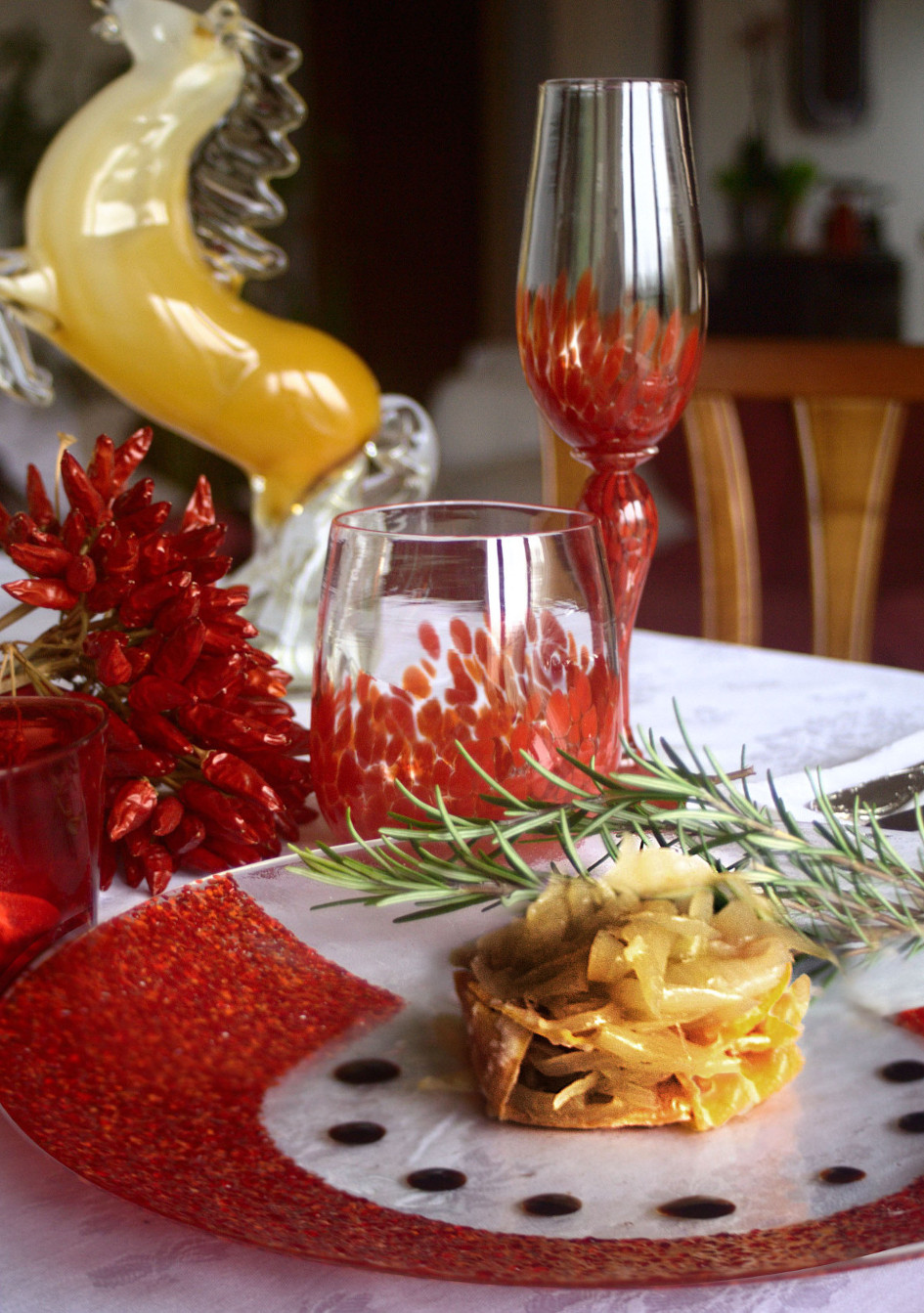 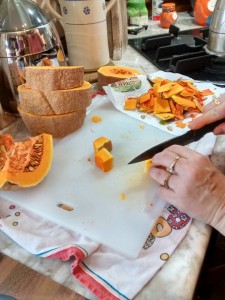 Flour the pumpkin slices and deep fry them in a deep border pan with some boiling hot sunflower oil.Â 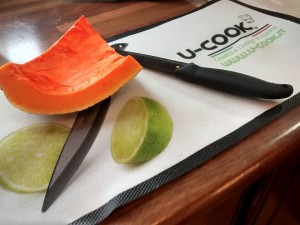 As soon as they are nice and golden, drain them and dry them on some paper towel. Remember to change the paper towel often.

Now warm some olive oil in another frying pan ( something like a wok will do) and gently fry the onion until nice and golden. Pour the vinegar and the wine on it and turn the heat off.

Now place some pumpkin slices in a deep sided dish and pour some onions on top. Keep alternating the squash with the onion and finish with a layer of onions. 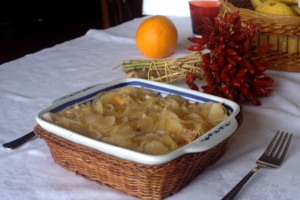 Place in the fridge for at least 2-3 hours. Serve at room temperature.

It will keep up to 2 weeks in the fridge.Â 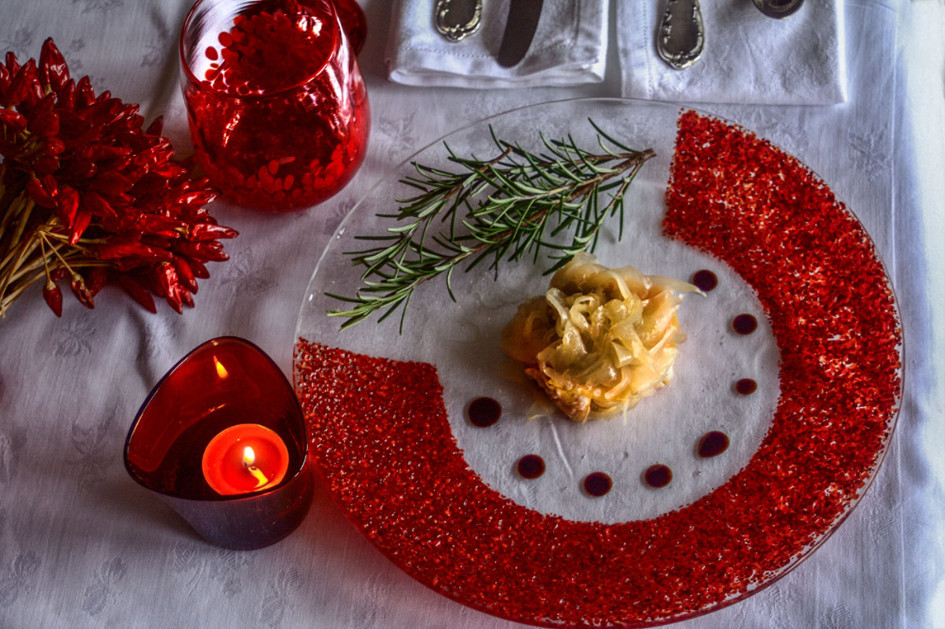 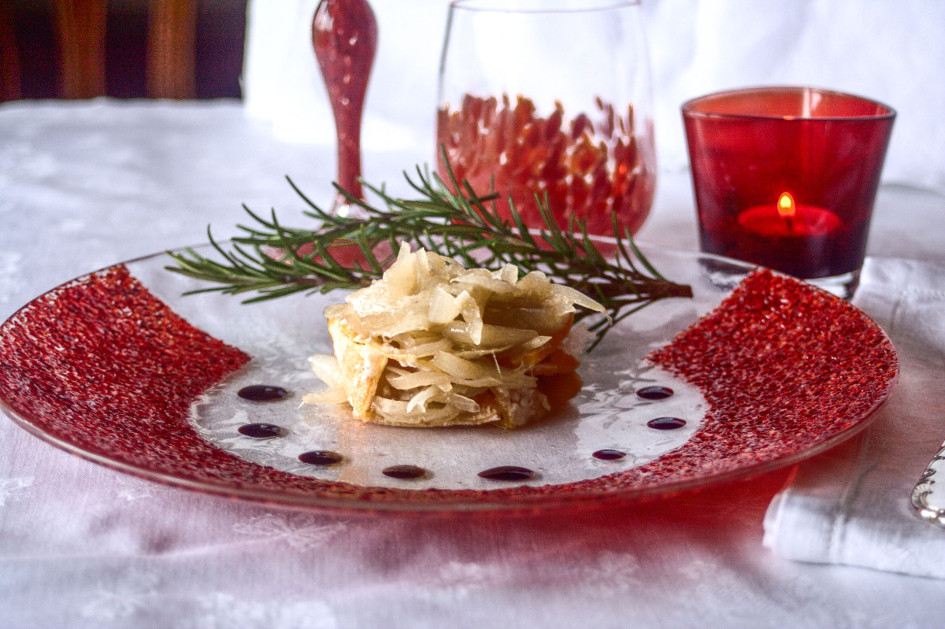