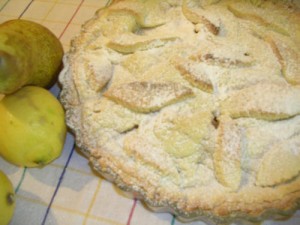 The pear is the fruit of the pear tree, whose scientific name is Pyrus communis: the fruit of the pear is part of the Rosaceae family.
This type of fresh fruit can take different forms, and be of different size, flavor and color, depending on the variety of cultivated pear. Worldwide there are more than 5,000 kinds of different varieties of pears, almost all produced and sold inÂ fruit and vegetable markets.Â It isÂ important to handle the pear with care because pears bruise easily; pears are preserved very well in the refrigerator and ripen better once collected. Â Pears are one of the most common fruits used in Venetian cooking. The following recipe was featured in Katie and Giancarlo Caldesi’s book Venice Recipes: Lost and Found. 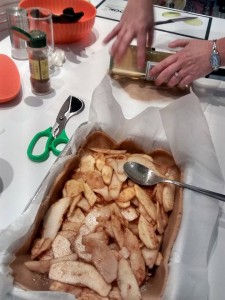 a pinch of salt

To begin with pour the flour into a large bowl and rub the butter in it using your fingers until the flour and butter have mixed and the mix looks like fine breadcrumbs. Add the sugar, the egg, a pinch of salt, the cinnamon. Mix well until you have a nice compact dough. Cover and put in the fridge for 30 minutes. In the meantime peel and slice the pears (we used our handy peeler and ceramic knives supplied by U-Cook Italia)

After 30 minutes, warm your oven at 200 degrees, butter and flour a tart tin.Â  Take the dough, using your rolling pin, lay 2 circles of pastry and use one to lay the tin. cover the pastry with the sliced pears, pour some sugar and cinnamon on top of pears, drop some rhum onto the pears, cover with the second circle of pastry. Using a fork make some holes into the pastry. Put in the hot oven for about 25-30 minutes or until the pastry is nice and golden. Serve hot with some mascarpone cream.

We will be happy to share more quick and easy pear dessert recipes during our culinary experiences in Venice. 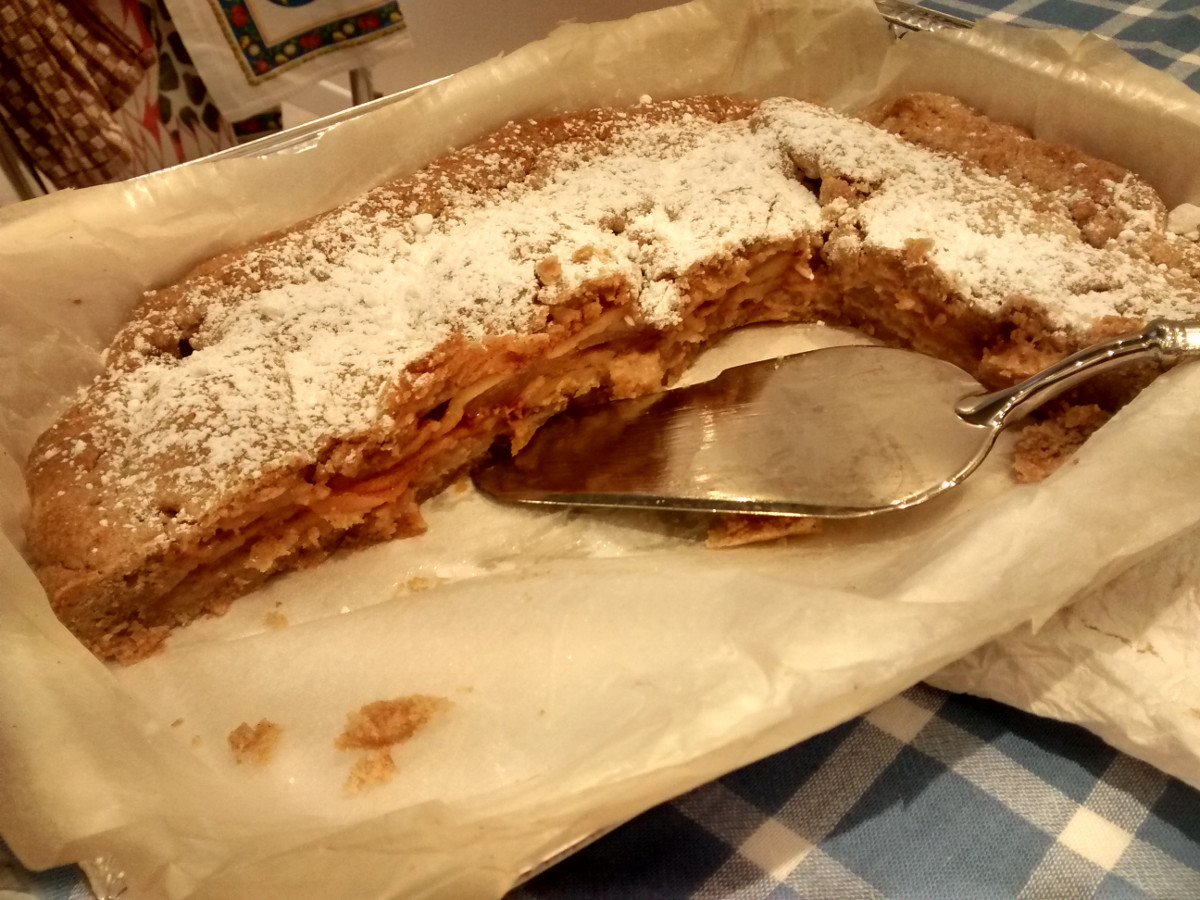 We used loads loads of cinnamon on this tart!